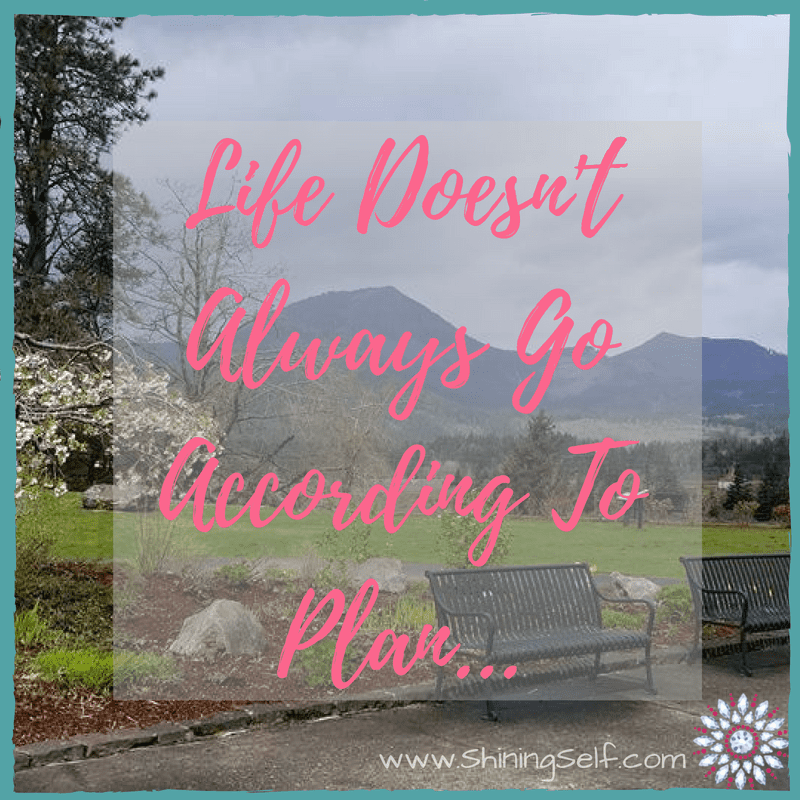 Today I'm taking you on a little time travel. Grab a cuppa something, cause this one's a bit long…

My son graduates high school and the time has come for me to move on to the next adventure and phase of life…head South to the Sunshine state.

But something always held me back. But low and behold, my darling 18 year old son said it best and called me out on my BS when he said:

Stop making excuses mom! I graduated, am an adult now and will be living my life, now you really don't have any excuses for not going!

The last of my excuses had been ‘I can't do anything until my kiddo graduates.'  Who knew that time would come so quick???

I started researching areas I would be interested in living, places to rent, etc. … because you know, this time I was going to do it, just get up and go!

But I found myself holding back yet again. I was feeling confused about whether that's really what I wanted and how I would handle living there part time and escape the summer heat to live in Michigan…in the summer heat here 😉

First, a little backstory: I was on a business trip in Texas with my friend Rayven and our other friend Natalie (in September 2017). And during that trip, they were talking to me about my love for Florida, wanting to move there, etc. Natalie did this thing (I'm not even sure how to explain it lol) and basically my body said yes to moving to Florida just not at that time. So they suggested that maybe I should be open to exploring other places before committing to a Florida move…

And that's where the fun comes in 😉

My sister takes a job as a traveling nurse with her first three-month contract in Portland Oregon and asks if I would like to do a cross-country road trip with her. I was a little wishy/washy about going, but then while talking to one of my closest friends (and smart coach!) I realized I was a HELL YES to taking this road trip so I said yes, excited for the adventure!

Day one was long, with not all that exciting views, landing us in Minneapolis, Minnesota for the night.

Day two was getting more exciting as the views changed and we started seeing things I don't know how to describe. I don't remember where we ended day two (Montana I want to say), I just remember we were both exhausted and excited that day three would be a bit longer but put us at our final destination – my sister's apartment in Portland, Oregon!

Day three is something I will never be able to put into words or explain how amazing, magnificent, majestic (I think you catch my drift lol), and breathtaking the views were. We both uttered “holy crap, wow, did you see that?, oh my lord it's beautiful” more times than I could count!

Because I had loved Florida so much I never knew I could fall in love with mountains, greenery, ranch land, and hills…but I did. As we were coming into Oregon and the Columbia River Gorge…man, it gives me chills just remembering those views! It truly was breathtaking and nothing like I had ever seen before. And the Fall colors – oh good lord, Michigan has nothing on the Fall colors out west!

These are just a handful of the many pics I took (and trust me, pictures do NOT do any of it justice!). And the picture at the top, with the title on it, is picture of just one of the gorgeous views in Oregon that I fell in love with!:

(Note: if you click on the images, they will open up in a new window full size) 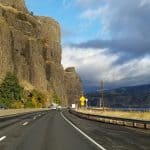 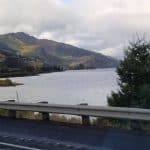 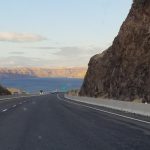 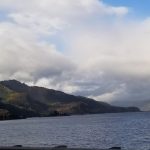 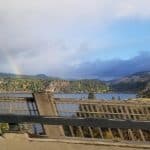 But something happened on that last day of our drive…my heart shifted and changed. I came to a huge realization and one that wasn't easy to admit!

I realized the only reason I wanted to live in Florida was because that was all I had known.

That's the only place I had traveled (other than visiting Arizona in the 6th grade, Tennessee in 9th grade & Hawaii in 10th grade) and it felt comfortable and ‘safe'.

I found myself muttering out loud:

Whoa…wait a minute. What did I just say? Did that really come out of my mouth? Yep, it sure did! I wasn't sure if it was just the excitement of the beauty, being on the road trip, etc. or if it was really my heart/soul wanting it. All I knew was it felt peaceful. It didn't feel forced, it didn't feel like it would be a hard decision to make (to move there). It just felt good.

That night, I saw an image, on Facebook, with a quote that stuck out to me & I saved it to my computer quotes file:

“Life doesn't always go according to plan. Sometimes heading in a new direction can be scary until you realize you're headed toward a new and exciting destination.” – Susan Gale

I didn't know what it meant, just that it resonated with me. Little did I know God had a reason (as if I should ever doubt his plan/purpose for the way things go!) for no to Florida, and yes to the road trip with my sister!

Right before I was to head back to Michigan, my dating app dinged notifying me I had a new message. I forgot it was location based and if your location was turned on on your phone, you popped up in searches for locals. Anyway, I was getting pings (notifications) of new messages from men in the area. I wanted nothing to do with responding to them because I was not open to a long distance relationship…

Except a message caught my eye!

He wrote in full sentences, didn't send a d*ck pick – more on that here – and I liked his profile, aside from a few silly things I said no to:

Now, before you get your undies in a bunch about that last thing, let me explain! I'm not being racist! That decision was based on the way an ex who was Mexican treated me and I made the story up in my head that all Mexicans would treat me bad (I know. I know. Dumb!).

But these were all “no's” in my book because I had an ideal of what my man would look like and be like. But I decided to respond to him because I was intrigued and because a friend (Natalie I mentioned above) had asked me if I would simply be willing to be open to new experiences and possibilities!

Responding to that one message, when I would have normally said no and ignored him because he didn't “fit” my ideal was the best decision ever. I was open to giving him a chance, just getting to know him on a friend level..but that quickly changed the more we got to know one another.

Jaime and I have been doing the long-distance thing for 9 months now.  I've been blessed to travel out there frequently – it's hard for him to get the time off work & I have the freedom/flexibility to travel. Long-distance is hard, but so worth it.

But now, the time has come where the long distance thing is about to change…

The time has come to close this chapter of my life and small town Northern Michigan living where all I've ever known is – family, friends, my son, my AA recovery community. It's been my safety net, my security blanket. But it's also been the one place that seems to hold me back too (but that's a different story).

I turned the keys to my apartment a week before the end of August, spent a few nights at my mom's, then headed to my best friend's for a night of ‘family' (my second family – her family) camping fun, a day of rest and then we headed out to embark on a cross country trip. Her first, my second… only this time the final destination is a little different, Washington state and I'm staying put 🙂 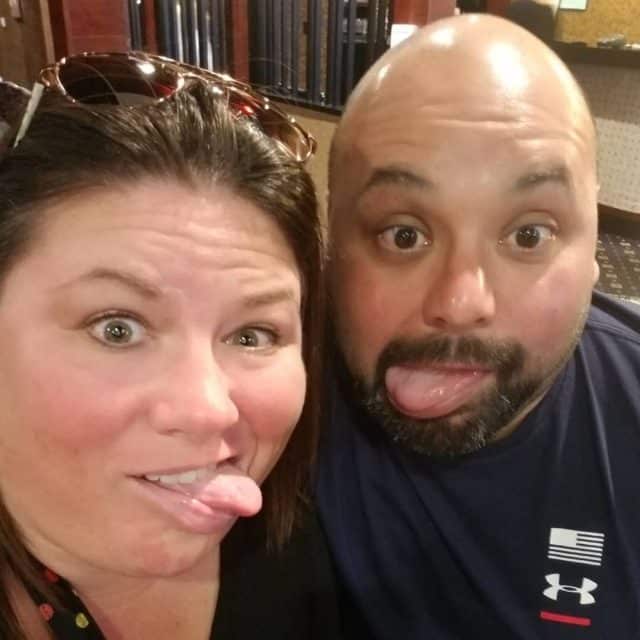 And I love where our adventures and the next phase of life are going to take us! This is one time I can say I am so thankful that life doesn't always go according to plan… err, at least according to my plans 😉

We're still going strong! This month is our 4 year dating anniversary and I even did a podcast about our story in celebration of it.