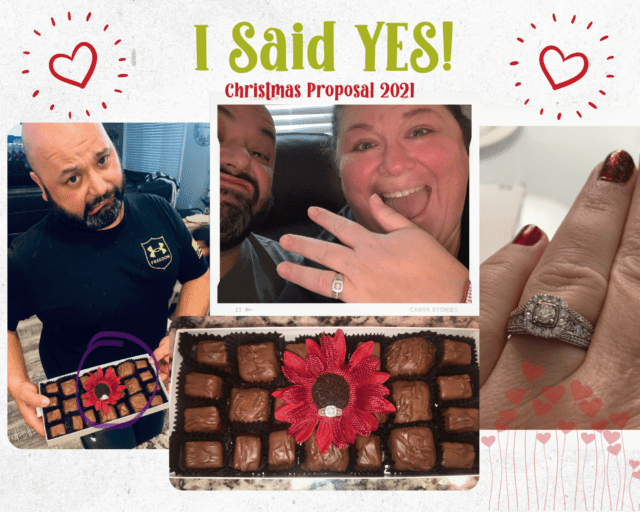 Christmas morning, 2021, turned out to be a Christmas like no other!

The boyfriend and I woke up.

He walked the dog.

We went downstairs to the simplest but cutest tiny tree with presents beneath – a few for me, a few for him, a few for Gary Lazereyes (our “baby” aka the dog), and the rest for his niece and nephews we would see later. 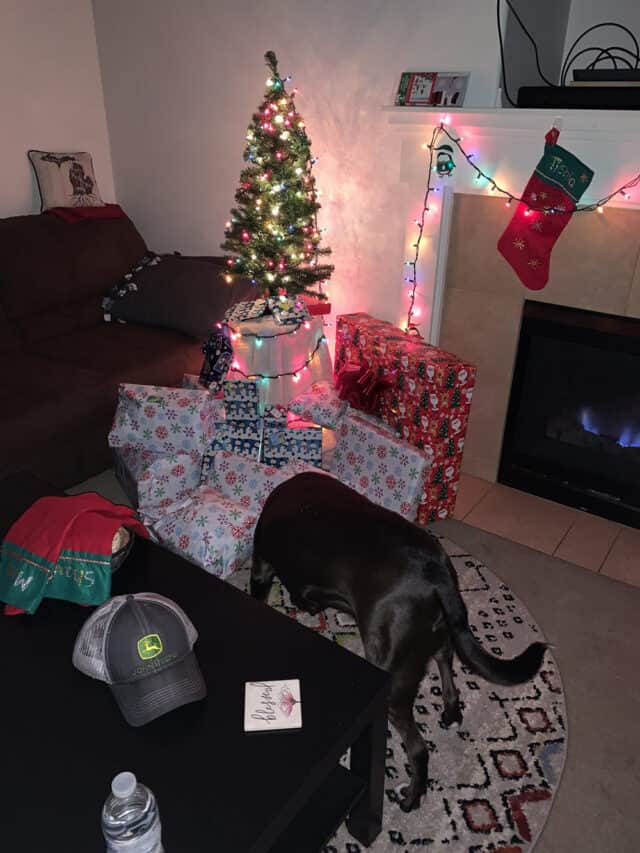 I was excited… a few days prior I dreamt he proposed that morning. And considering we had looked at rings a couple of weeks before it wasn't such a far-fetched dream. Except for a few things:

A box of special chocolate candy from a local store near us (aka – expensive candy! lol).

It was 7:30 in the morning and as much as I love chocolate, even that was too early for me to open the box and have some.

But he was on the floor “picking” up wrapping paper and telling me all about how these candies were specially handpicked just for me and I should really check them out.

So I opened the box and there it was… 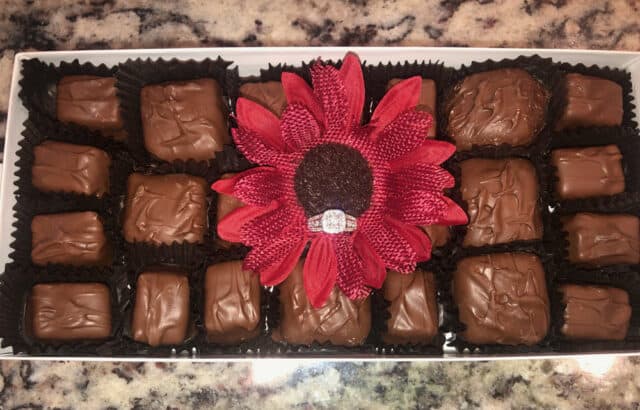 And there he was still on the floor but no longer “picking” up that wrapping paper and instead on one knee asking me “WILL YOU MARRY ME?”

And there I sat crying, hugging him and saying “YES!” (at least I think I said yes, I don't remember LMAO!!!)

And here we are, the freshly engaged couple, a few hours later at his brother and sister-in-laws: 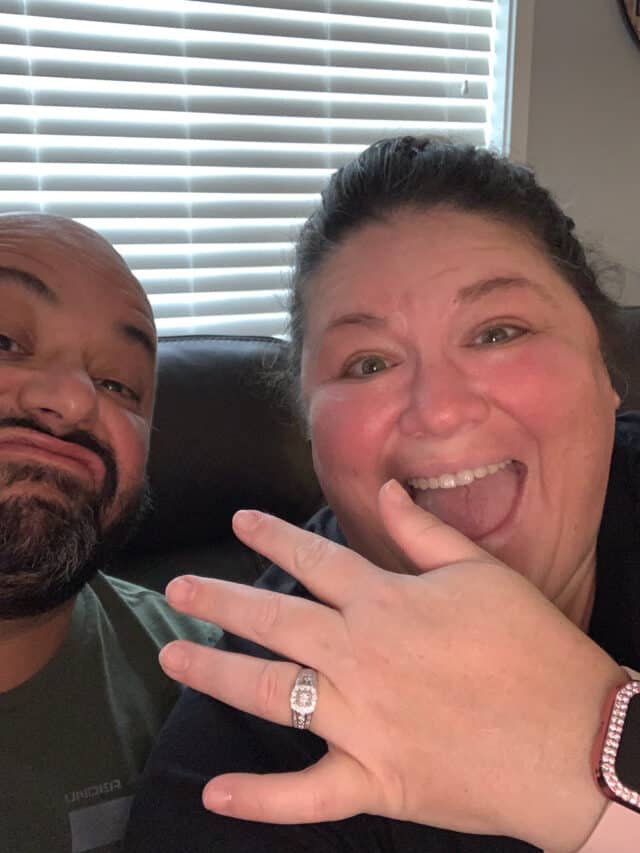 That face of his 🤣

I used to think I wanted this big fairy tale proposal with lots of people around and someone there videotaping the entire thing. Why? Because I believed that's the way proposals went (thanks Hallmark and other sappy romance movies/TV lol). And of course, I wanted someone to video it because I wanted to share that moment with all my friends and family (aka social media).

But I am so glad that is NOT how my proposal happened!

My fiancé (that's gonna take some time to get used to saying/typing!) wouldn't even do it at his brother and sister-in-law's place like they tried convincing him to do (so she could record it for me lol)!

But she did get this picture of him for me: 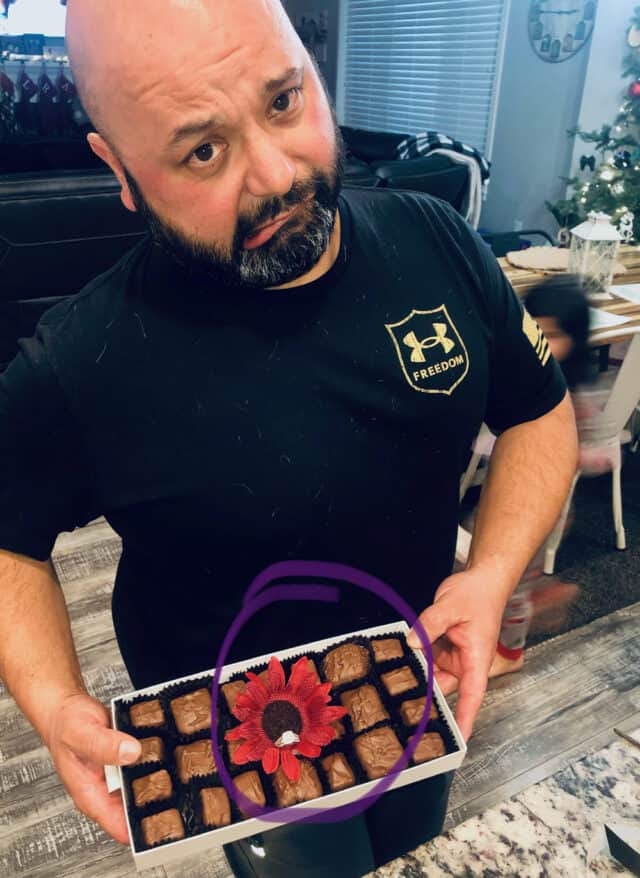 The fact it was just him, I, and the dog was so intimate and more perfect than how I had thought a proposal should go!

I wouldn't have wanted people around or to see a video of that moment – it was way too special.

It was a moment I'll never forget 💕

And holy crap, I'm ENGAGED now… I wonder if I'll ever get over the excitement? Or if I'll ever stop looking at my ring finger, playing with it, and watching it sparkle… 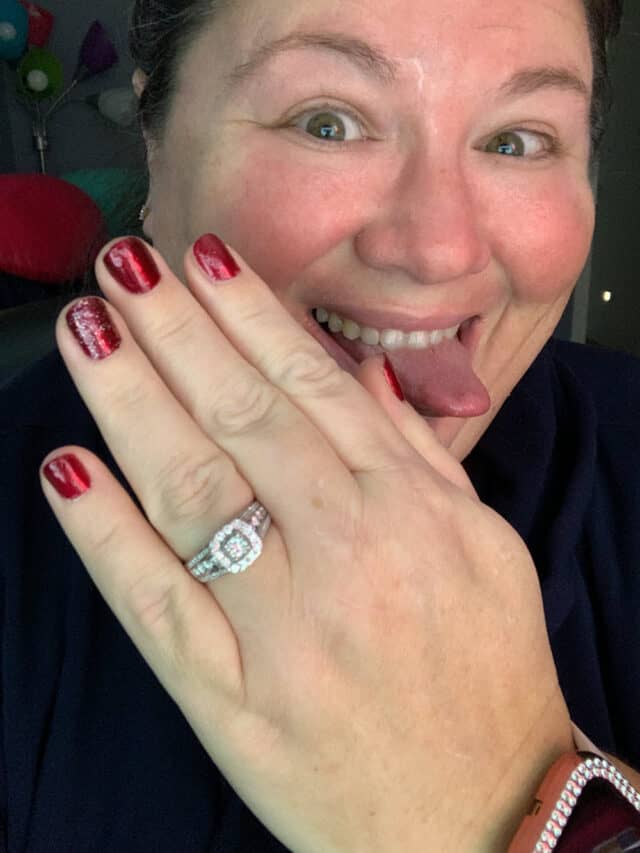