When You’re A Drunk, Things Can Get Messy 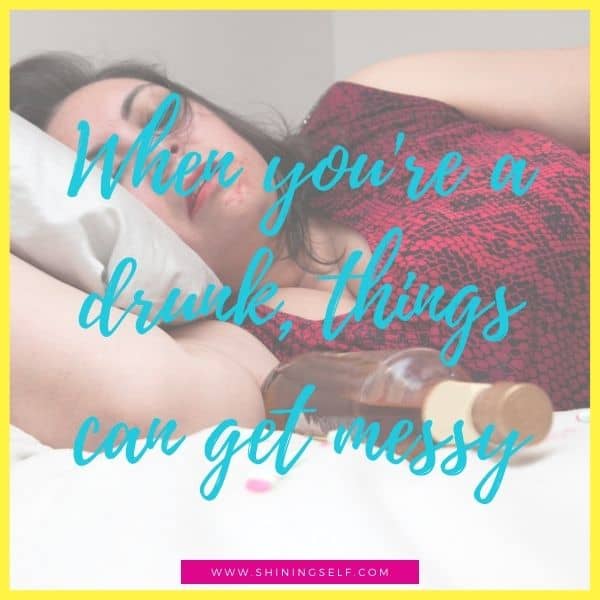 Many years ago, before turning into an everyday drinker, I used to be a weekend binge drinker. My life revolved around just getting through the week so that as soon as Friday hit, I could get my drunk on.

I would usually experience blackout episodes that I thought were normal! Hell, in college it was common among some of the crowd I ran with to hear them tell stories similar to mine – waking up in random places, having no clue how they got there.

Yep, there were lots of times I would wake up in strange places, with no recollection of how I got there. And sadly, most of the time that meant a man was also involved. I was very promiscuous and stupid (not something I'm proud of now but it's a part of my past and a part of my story)!

But one of the several worst weekend binge drinking episodes, I remember, was when I woke to my friend Sarah (I changed her name for the sake of this post) dragging me out of bed because I had puked… ALL over her house! 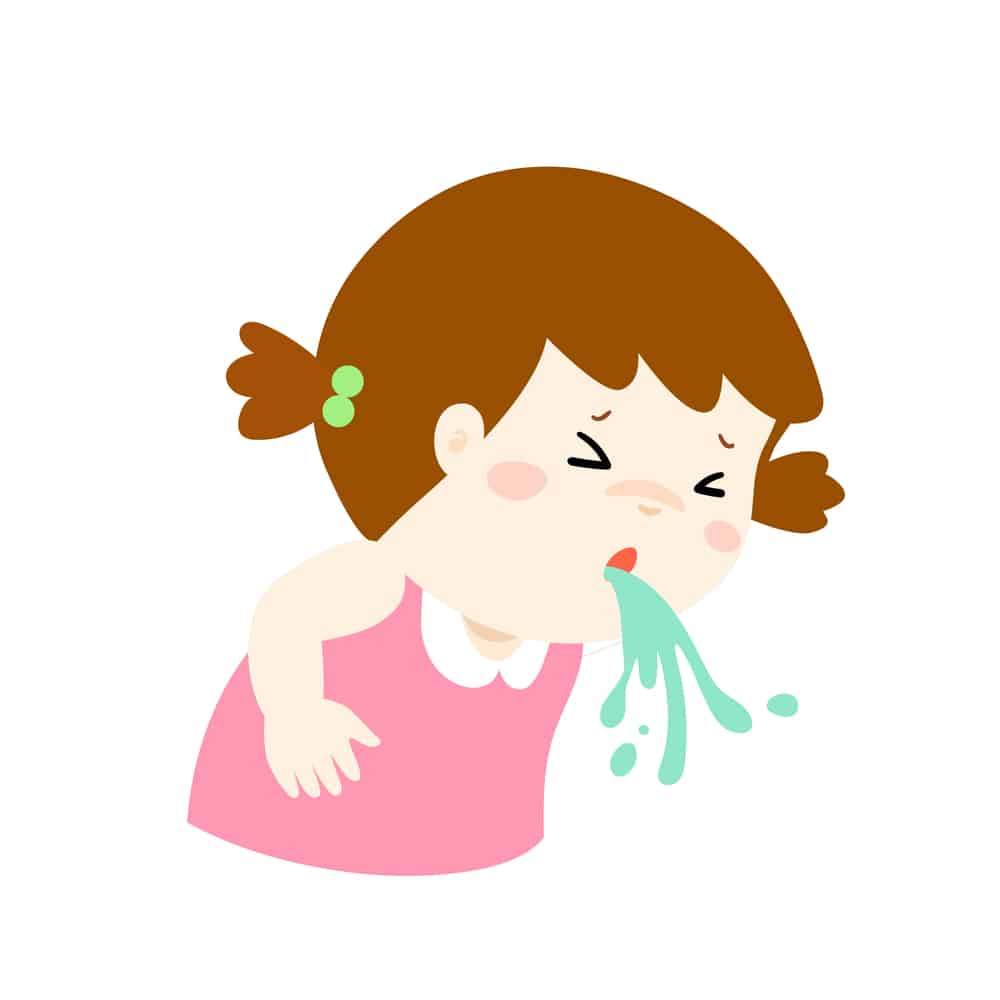 She came home from work to find me passed out in her bed and there was a trail of puke from her bed, down the hallway, into the bathroom where it was even on the walls.

I was embarrassed but of course, we both just laughed about it and laughed even harder when she made me clean that shit up which made me gag and get sick some more!

What was more embarrassing and something I've carried shame about for YEARS is the fact how I got to her house in the first place and what I was told happened – her boyfriend Tim (again, name changed for the sake of this post) took me there and had sex with me. To this day, ALL these years later, I still don't know if that part (sex) is true. It's not something her and I ever talked about.

I'd like to say that was my wake-up call, that I knew it was time to stop the weekend binge drinking.

I just continued binge drinking on the weekends for many more years to come. Until eventually, it turned into full-on alcoholic everyday drinking… but that's a story for a different day!

What is binge drinking?

According to the National Institute on Alcohol Abuse and Alcoholism, binge drinking is defined as a pattern of drinking that brings a person’s blood alcohol concentration (BAC) to 0.08 grams percent or above.

To put that in easier to understand data: 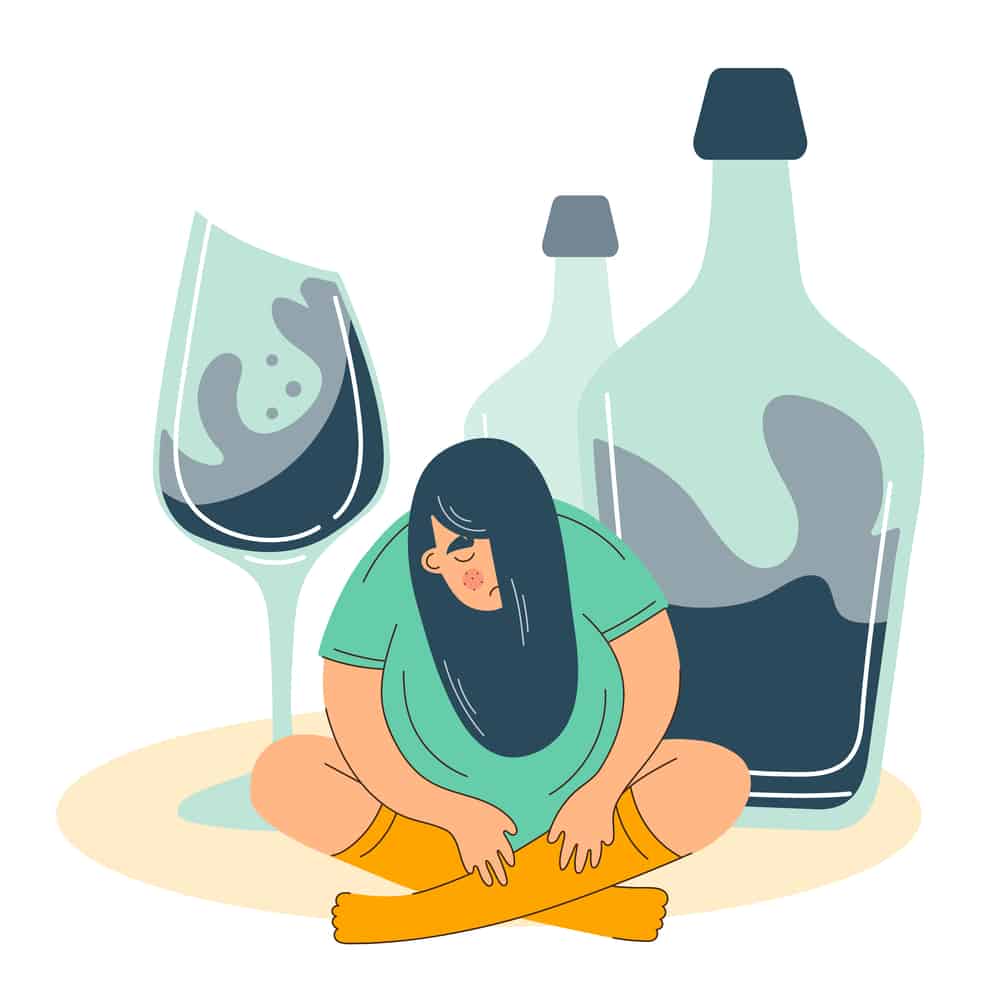 I look at those stats and part of me laughs… 4 drinks in about two hours were NOTHING for me. I could drink a six-pack of beer in less than an hour (yeah, I used to brag I could drink with the big dogs – aka, the guys I hung out with that drank beer like it was an Olympic sport. Mixed drinks? It sure as hell didn't take me two hours to consume 4! I'm not even kidding when I say, I could chug a mixed drink in about 5 minutes if that!

But before I wrap up, I couldn't not mention that I have been sober for almost 8 years now (God willing, it will be 8 years on March 3rd, 2022).

I know I used what might be considered a humorous story (I laugh about it still because EEEEW it was really gross and can you imagine walking into THAT after a night of work?!) to talk about something serious – binge drinking – but looking back on these things is part of my sober living journey. It reminds me how f***ed up my life was when alcohol controlled me.

I'm so blessed and so very grateful to be sober these days and not have to do all the damage control I used to back in those days.

If you or someone you know is struggling with binge drinking, please reach out for help! There are many resources available, both online and in-person. Don't let binge drinking take over your life! You are worth so much more than that! 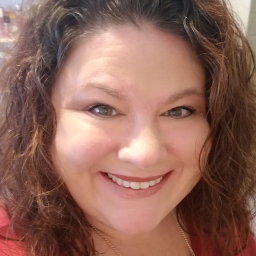 Just a fat chic livin' her best damn life! Plus-size model, body positive advocate, sober 7 years, selfie queen, and lover of all things pink & sparkly! On a mission to inspire other women to love themselves just as they are and to take up space boldly, confidently & most of all unapologetically.